Flea and Tick Prevention to Protect Your Pet (and Family) 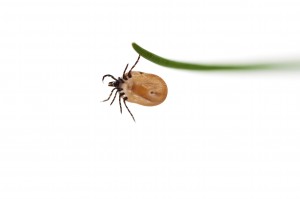 They’re here! That’s right… Flea and tick season is in the works, and for those of us living in regions rife with these warm weather pests, prevention is a top priority.

Whether meandering through the woods with your favorite Fido or combatting the flea invasions which always seems to occur this time of year, the question is: how do we keep the parasites away?

The Trouble with Flea and Tick Infestations

Although most of us agree that fleas, ticks, and other parasites are an annoyance, their dangers actually extend beyond the gross factor.

These pests are vectors, which means they are able to transmit bacteria, viruses, and parasites to other mammals, including cats, dogs, and humans.

Recently, fleas found on prairie dogs in the west have tested positive for plague – a disease often associated with some bygone era, not modern times.

Some serious illnesses known to be vector-borne include:

In addition to these illnesses, one of the more common forms of allergies in canines is caused by flea bites, which can result in hair loss, hot spots, and inflammation or infection.

There are two diseases the veterinary team at Androscoggin Animal Hospital would like to focus on and these are Lyme disease and Anaplasmosis, as these tick-borne diseases are endemic to the area and are affecting many canines throughout the region.

Lyme disease (Borreliosis) is one of the most prevalent diseases carried by ticks, and is continuing to pose serious health concerns for pets and people in the Northeast.

Lyme disease is caused by the bacterium, Borrelia burgdorferi, and is transmitted through the bite of a deer tick, or blacklegged tick.

Symptoms of Lyme in your dog can include:

Diagnosing Lyme entails a number of tests, including those to assess whether the disease has presented secondary infections or problems with the heart or kidneys. Treating the disease depends on how long the pet has had it as well as the severity of the symptoms, but typically begins with antibiotics.

Anaplasmosis is another serious tick-borne disease caused by the bacterium Anaplasma phagocytophilum. Also transmitted through the bite of a deer tick, this illness causes symptoms similar to Lyme disease, but can sometimes include vomiting, diarrhea, and labored breathing.

Anaplasmosis is detected and treated through blood enzyme analysis and other diagnostic tests, and antibiotics.

Unfortunately, many canines can test positive for Anaplasmosis and yet not show clinical signs. In fact, some studies have shown up to 40% of canines in areas rife with tick-borne diseases, such as here in Maine, test positive for this infection.

Preventing Fleas and Ticks from Harming Your Pet

Wh there is no way to avoid parasites, there are steps you can take to discourage them from harming your pet:

Although springtime is the time for bites and stings, there is no reason for your pet to be in peril. Simply follow recommended parasite prevention tips and keep the risk to a minimum.